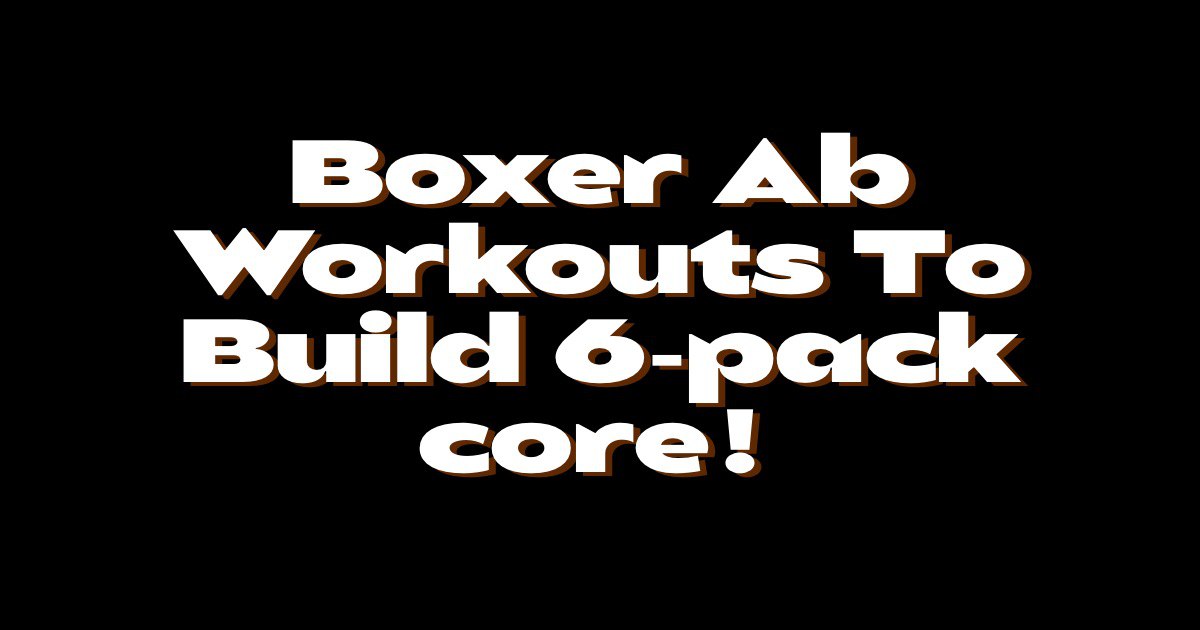 You might think boxing is all upper body, swinging those arms around for maximum impact. Not to downplay upper-body strength, but a boxer is nothing without core exercises to help keep themselves stable and from which to generate their power.

Throwing punches in the ring is only part of the reason why professional boxers have knockout bodies. They also sculpt their strong physiques with tons of cross-training—with a focus on building a rock-solid core. “Core conditioning is crucial for boxing,” says Chris Algieri, a professional boxer, and two-time world champion. “Most of the power in a punch comes from being able to forcibly rotate your core, giving the strike explosive power.”

But it simply can’t be denied. Boxing is a fantastic way to get in shape, because of the intense that makeup training. One of the biggest components of boxing training is strength and conditioning, and one of the most important areas to develop is the core.

The core muscle group is an integral part of a boxer’s physique, which is why so much attention is placed on strengthening this area. A chiseled midsection is a sign of a well-conditioned athlete. Boxing training routines to fortify the core include ab exercises and ab workouts, all designed to protect a boxer’s midsection from punishment.

Why Is The Core Muscles Important?

A strong core isn’t just critical for throwing punches, it’s also important for avoiding the ones from your opponent. A strong core provides a better center of balance, which makes it easier to control your body quickly over the short distances that optimize slipping, bobbing, and weaving around punches.

First off, it’s good for your hip strength. Specifically, it helps your hip extension, which controls motions like sitting down, standing up, walking, and running.

Studies suggest that lower-body strength is a key driver of sprint performance and that hip thrusts could be even better than deadlifting for activating those key muscles (the glutes, aka your butt).

How Often Do Boxers Train Abs?

To develop a stronger core, professional boxers need to train abs and back muscles as often as possible, as they are responsible for keeping your body stable. Typically, all the time, they are at the boxing gym.

Can You Get Abs From Boxing?

Boxing targets the entire body and can help improve your overall strength, cardiovascular endurance and lower your body fat.

However, working your core muscle endurance and your diet is essential if you want to get a six-pack. If you have belly fat, losing body fat is the first step via a healthy diet and cardiovascular workout.

The Best Core Exercises You Can Get From Boxing

Within this guide, I’ll show you abdominal exercises that are useful for anyone involved in boxing. I’ll show you moves with and without training equipment and at the end some examples. By strengthening these muscles, you can effectively shift your center of gravity lower, allowing you to adjust your body to the actions of the opposing fighter in any direction.

At some point in your life, you’ve done crunches. It’s the very first ab exercise they teach you in gym class. It’s also very important, despite its simplistic nature.

Doing crunches properly and consistently will target your main core muscles. This should be your go-to ab workout, with another ab merely there as supplementary.

Like its distant cousin, the sit-up crunches help you build and fortify your sternum.

Performing crunches also trains this contracting and expanding motion that is a major part of boxing’s explosive shell, otherwise known as a fighter’s ability to contract the midsection just before impact to minimize damage.

Lie faceup on mat, knees bent, feet flat on the floor in front of you. Keeping feet planted, engage the core and use abdominal muscles to sit up while keeping hands in fists in guard in front of the face. At the top, throw a right and left punch, then slowly lower back down one vertebra at a time to return to starting position. Repeat. Make it harder: Add 16-ounce gloves or a light set of hand weights.

This is a key exercise for a pugilist since the motion promotes both core stability and shoulder girdle strength—crucial for throwing that strong biff.

Turn to one side with your legs extended and your trilbies and hips planted on the ground. Now, put your elbow under your shoulder and push your abs and hips up until the top of your body forms a straight line. Hold for 30-60 seconds. Return to the starting position, then move to the other side and repeat. In addition to working your lower abdominals, this exercise promotes full-body coordination.

Veering away from the basic ab, we hit our first advanced ab exercise with this exercise.

Twists are very popular with boxers because it engages every bit of the core muscles from upper to lower and the obliques. In a constant flowing compound movement, Russian twists are able to condition the core with maximum effectiveness.

The beauty is that you can increase the level of difficulty by adding weighted resistance. Using a dumbbell, or a medicine ball, twists become exponentially harder and force you to squeeze those ab muscles tighter than ever.

Some of the most well-conditioned incorporate Russian twists into their ab workouts. World champions such as Filipino legend Manny Pacquiao, or pound-for-pound great Floyd Mayweather Jr., all do Russian twists whenever they hit the ground.

Keeping core engaged, sit up, lifting arms and legs simultaneously toward each other, so body forms a V shape. Slowly lower back down until arms and legs are two inches above the ground.

Lie faceup on mat, legs extended out in front of you, hands up in guard. Keeping core tight, sit up and twist toward left while simultaneously bringing left knee to right elbow. Lower back down to starting position. Repeat on another side. Continue alternating.

This exercise target your lower abs, the least engaged area of the core muscles. Many people overlook the lower abs because they feel it isn’t necessary to train them. That couldn’t be more false.

Not only does it fortify the lower abdominal muscles, but this exercise also improves the strength and flexibility of the hips and lower back.

It allows boxers better use of their base, their legs, in turn, offering improved footwork and movement. Movements such as bobbing and weaving, ducking, changing levels, and upper torso motion are predicated on a strong lower core.

Boxers whose styles focus on constant motion, a strong lower core is essential to victory.

Stand with trilbies shoulder-width apart. Hinge at hips to bend over and touch the floor with hands, then walk hands out to high plank position. Keeping elbows close to sides, bend elbows and lower. Push back up, then walk hands back toward feet. Repeat. Make it easier: Drop to knees for the push-up then return to plank.

Start in a high plank position, hands directly under shoulders, legs extended out behind you, core engaged to keep the body in a straight line from head to toe. Lift up right hand and lower right forearm. Do the same with the left hand and forearm.

Then lift the right forearm and place the right hand back on the ground, followed by the left hand. Continue repeating. Make it harder: Place a BOSU ball underneath your forearms to challenge your stability.

Boxers’ upper body strength is improved when they engage their shoulders, backs, and core muscles with push-ups and planks.

Standing twists with weight is an excellent ab exercise for your obliques and abdominals. Rotational strength is vital for boxing because it helps you deliver a more powerful punch.

Hold the ball in front of you with extended arms and twist from side to side as if you were passing it to somebody behind you. Keep your core engaged during the entire movement. When you come back to the center, stop for a moment.

Last but not least, and certainly not the easiest of the bunch, are flutter kicks.

They are relatively simple enough to do, but are very challenging, especially if placed towards the end of an ab workout when all your core muscles are basically spent.

This workout can be performed lying flat on your back to target the lower core, and also flat on your stomach to stimulate the back muscles.

There are many more ab and exercises that you can do to strengthen your core. These are just some of the essentials. The most important thing of all is that you remain consistent.

A boxer’s core strength is an important element of their conditioning. For ab at home, here are a few bodyweight core exercises without any equipment. These movements are as effective as the previous ones to develop core strength.

These are the steps to reverse crunch exercise:

Especially beneficial to boxers, this move incorporates the shoulders, the core, and the lower body. Additionally, it is an athletic movement that improves coordination.

How to train abs for boxing

For boxing specific ab workouts, you should do the following:

So, How To Build Pro-Boxer Core?

As a welcome break from squats and deadlifts, a single-leg hip thrust with your shoulders on a bench is a strong addition to your workout toolkit. The minimal equipment and the range of options for bumping up the difficulty make it hard to ignore.

And don’t forget: It’s a unilateral exercise. You’re training one side of your body at a time. That’s ideal for correcting any strength imbalances, and it’s even handy in recovering from injury. Talk with your physical therapist if you’re working through something — a more focused routine might be exactly what you need. 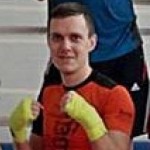